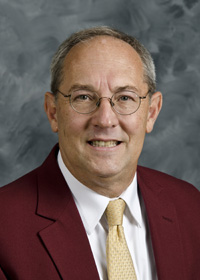 Dr. Richard Hopper received his DVM from Auburn University in 1978. He then operated a private mixed practice for 15 years in Oneonta, Alabama before joining the faculty at Mississippi State University CVM in 1993 as Assistant Professor. He achieved Diplomate status in the American College of Theriogenologists via the alternate route in 1995. Dr. Hopper is currently Professor and Program Leader of the Food Animal Medicine, Theriogenology, & Ambulatory Section at the CVM. He has served as President of both the Mississippi VMA and the Society for Theriogenology. He was named Veterinarian of the Year for Mississippi in 2008 and received the El Toro Award for Excellence in Food Animal Medicine from the Auburn University CVM in 2014. Read more here.