The senior molecular biology major, who will earn her bachelor’s degree in May, has devoted her college career to helping find a possible cure for the disease, working on Doug Martin’s laboratory team in the College of Veterinary Medicine’s Scott-Ritchey Research Center—focusing on One Medicine research that helps both animals and humans.

Their efforts, part of a multi-institutional project, could culminate in a life-saving drug after an expected National Institutes of Health human clinical trial in 2019 in Bethesda, Maryland.

“The summer before my senior year of high school I spent three weeks interning for Dr. Martin, learning about Auburn’s campus, the environment and people. I knew I wanted to come to Auburn. It aligned with my priorities.”

Martin, also a professor in the College of Veterinary Medicine’s Department of Anatomy, Physiology and Pharmacology, is the co-creator of a gene therapy—using a non-harmful adeno-associated virus, or AAV—to help the body produce enzymes missing in GM1 gangliosidosis and Tay-Sachs-related diseases.

Genetic diseases like GM1 gangliosidosis, similar to the more commonly known Tay-Sachs and Sandhoff diseases, are inherited neurologic diseases that occur when genetic mutations prevent cells from producing enzymes needed to break down and recycle materials. Without these enzymes, the materials accumulate to toxic levels, slowly destroying the nervous system.

GM1 is caused when the body does not produce enough of a specific enzyme, β-galactosidase (βgal), which recycles molecules from the body. When the molecules build to abnormal levels, they progressively destroy the body’s nervous system. The earlier the onset of the disease in children, the more severe the disease and the quicker it kills, typically before age 4.

Part of an international research consortium of human and veterinary scientists, Martin and  Miguel Sena-Esteves, associate professor of neurology at the University of Massachusetts Medical School, created the gene therapy and are working with Axovant Gene Therapies, a biopharmaceutical company based in New York that has acquired the rights to the therapy, through the intensive process for human clinical trials.

They re-engineered the virus to introduce the gene that produces βgal. The virus acts as a vessel; its genetic material is redesigned to efficiently produce the βgal gene. When cells in the body are treated with the gene therapy, they are reprogrammed to produce and pass along βgal, essentially allowing deficient cells to soak in the crucial enzyme.

At Auburn, researchers have studied how the treatment works in cats, carriers of the disease, like humans. The treatment has dramatically improved the animal’s quality of life and survival.  “There is no question now the disease can be treated successfully,” Martin said. “We have seen how it has worked in cats with the disease and how it is has extended their lives as healthy animals.”

And Cassie Bebout has been a vital part of  Martin’s team. “Cassie has been a major contributor to the research in many ways. As a lab member, she has been involved in every phase of the research. Her commitment to its success is outstanding.”

“Even before she joined the lab, she raised funds and awareness through 5K races that she and her family organized.”

Because of Bebout’s dedication, she had the opportunity to intern this past summer at the National Institutes of Health to continue her collaborative work in getting a potential cure for GM1 gangliosidosis to human clinical trials.

Bebout worked under Dr. Cynthia Tifft, director of the Pediatric Undiagnosed Diseases Program at the National Institutes of Health, where she investigates many rare diseases. Among her specialties are the lysosomal storage disorders, Tay-Sachs disease, Sandhoff disease and GM1 Gangliosidosis, all uniformly fatal disorders of impaired lipid metabolism.

While at the NIH, Bebout worked with Tifft to continue preparing the regulatory information needed for the clinical trial, writing the treatment protocol for the Investigational New Drug application, or IND, for GM1. “We would not have remained on track for our submission if not for Cassie’s persistence and incredible work ethic,” Tifft said.

Academics hasn’t been Bebout’s only priority while at Auburn. She was a member of the university’s track team and was named the Women’s Most Improved Cross Country runner by coaches at the 2017-18 Track and Field Banquet.

And while the road hasn’t been easy, watching other families suffer the same heartache as her own, Bebout says she knows Jake would be proud. “It is absolutely inspiring to see where my parents were, and how difficult it was for a diagnosis, to the hope we have today for a cure. I think Jake would be looking on us with a smile.

“My family has stayed involved with national advocacy organizations and talking with families. We have friends who have children who have the disease.”

After graduation, she plans to attend medical school—knowing her work at Auburn’s College of Veterinary Medicine with her mentor,  Martin, has prepared her for the future. “I’m prepared because of the research and clinical experience I’ve had, and I’m grateful to have learned as much as I have and been a part of Dr. Martin’s team.”

Such work, along with efforts to bring greater awareness to GM1, will be further highlighted with an upcoming event at The Hotel at Auburn University and Dixon Conference Center on March 12. The event will include a panel of researchers and patient families impacted by the disease and the related Tay-Sachs and Sandhoff diseases. 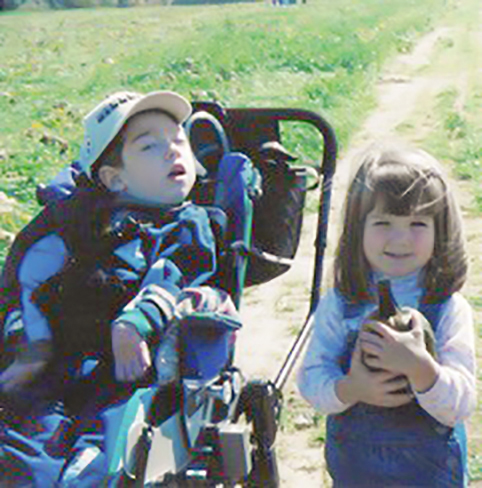 Cassie Bebout and her brother, Jake 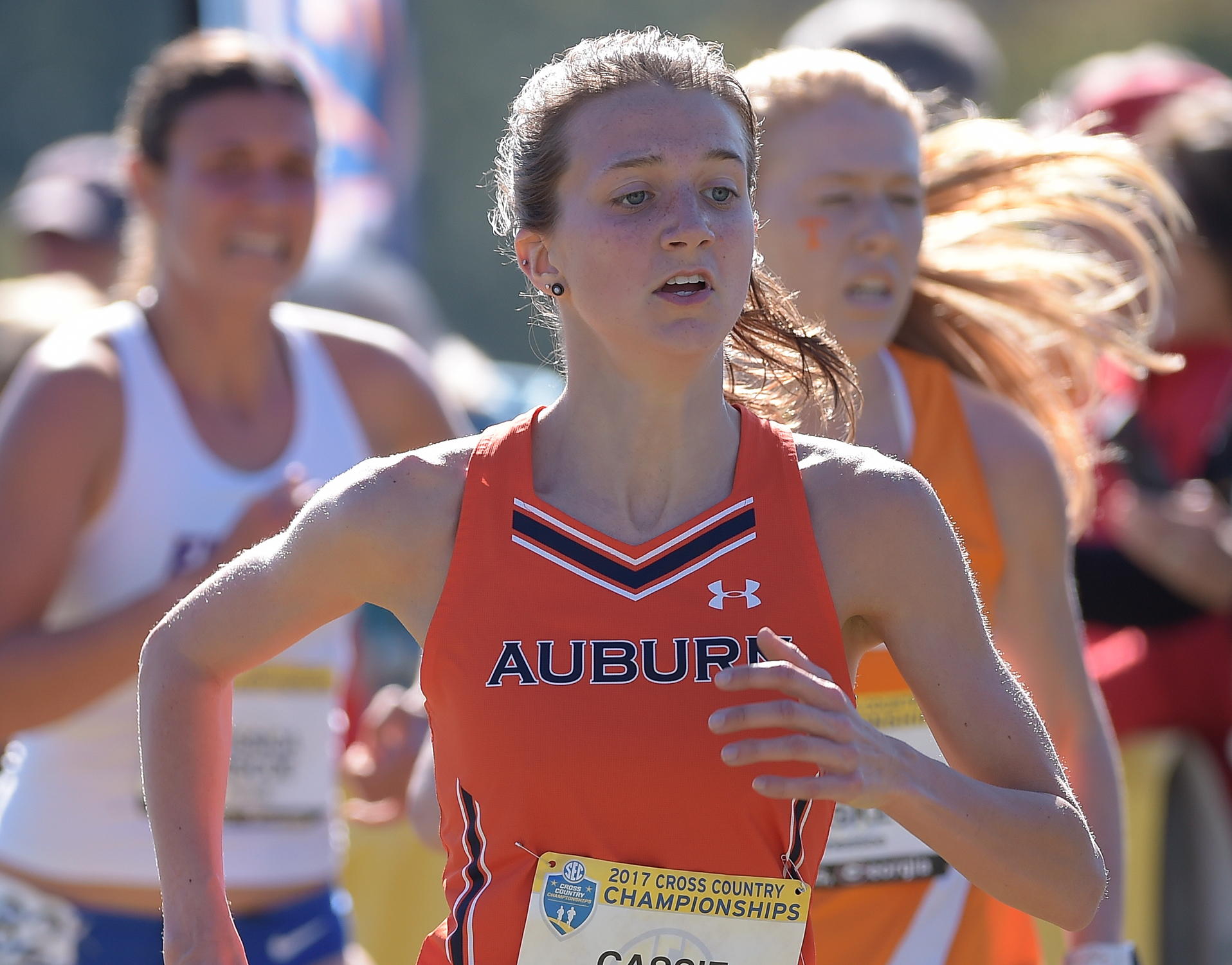 Bebout as an Auburn athlete 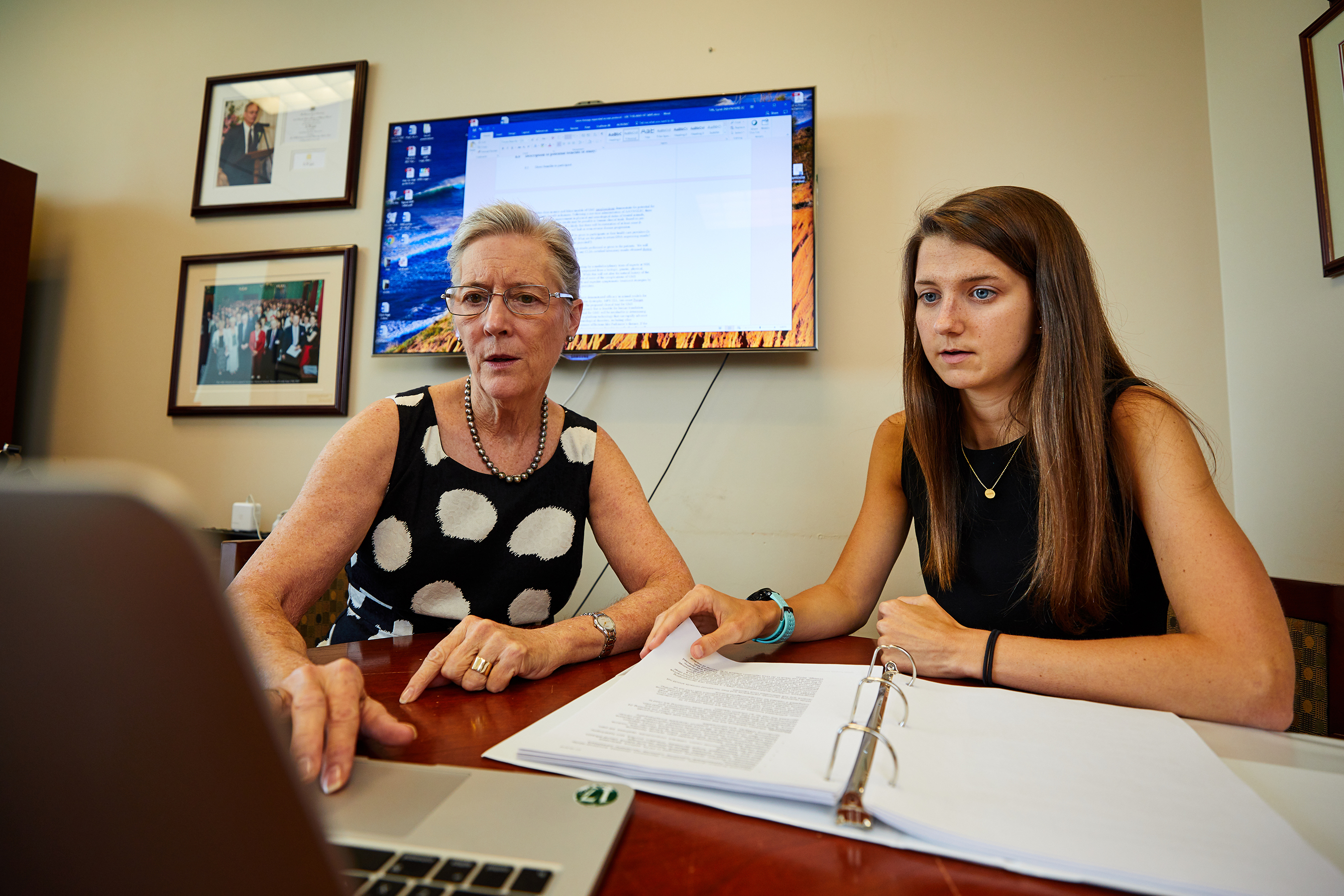 Dr. Cynthia Tifft and Bebout working at the NIH 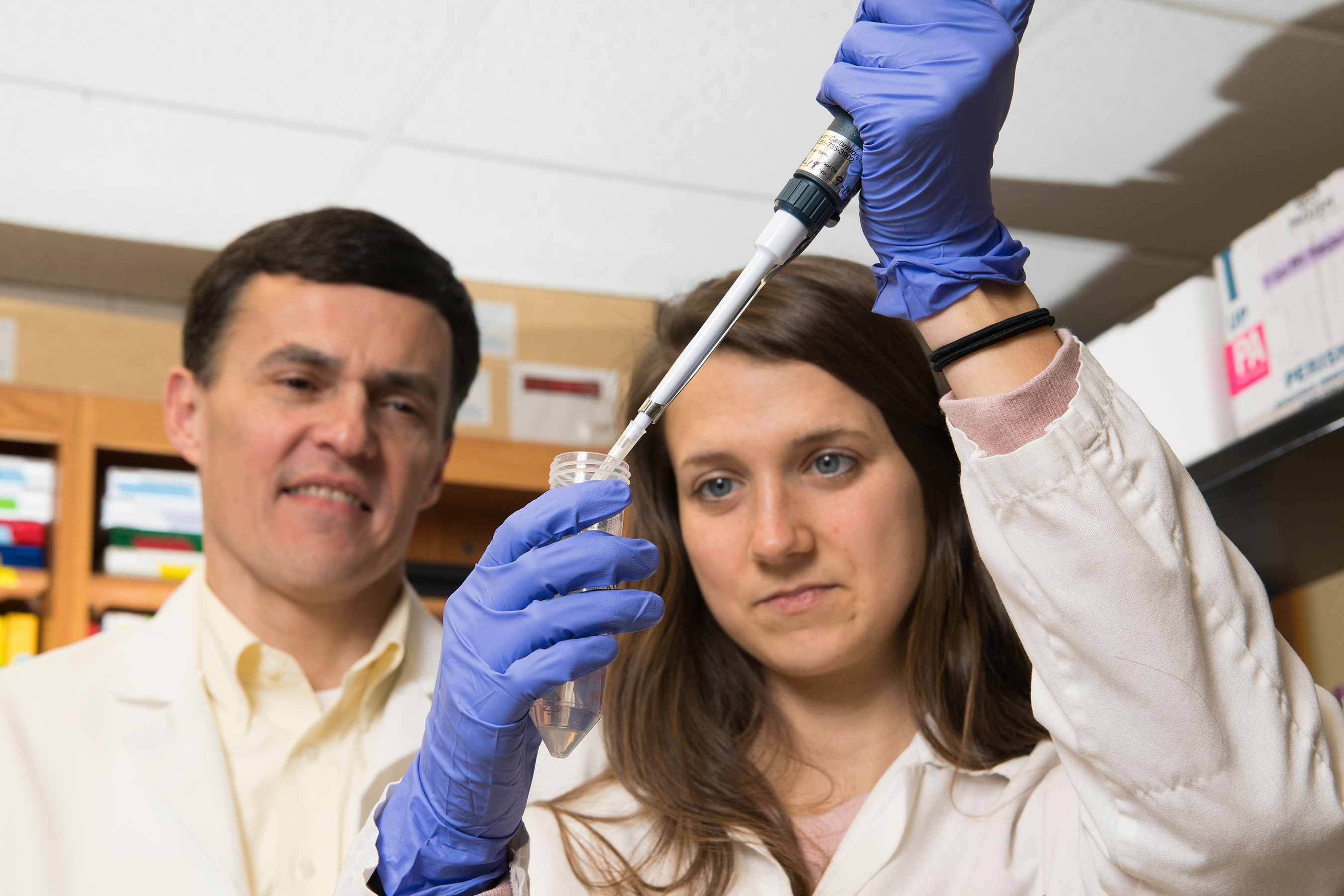