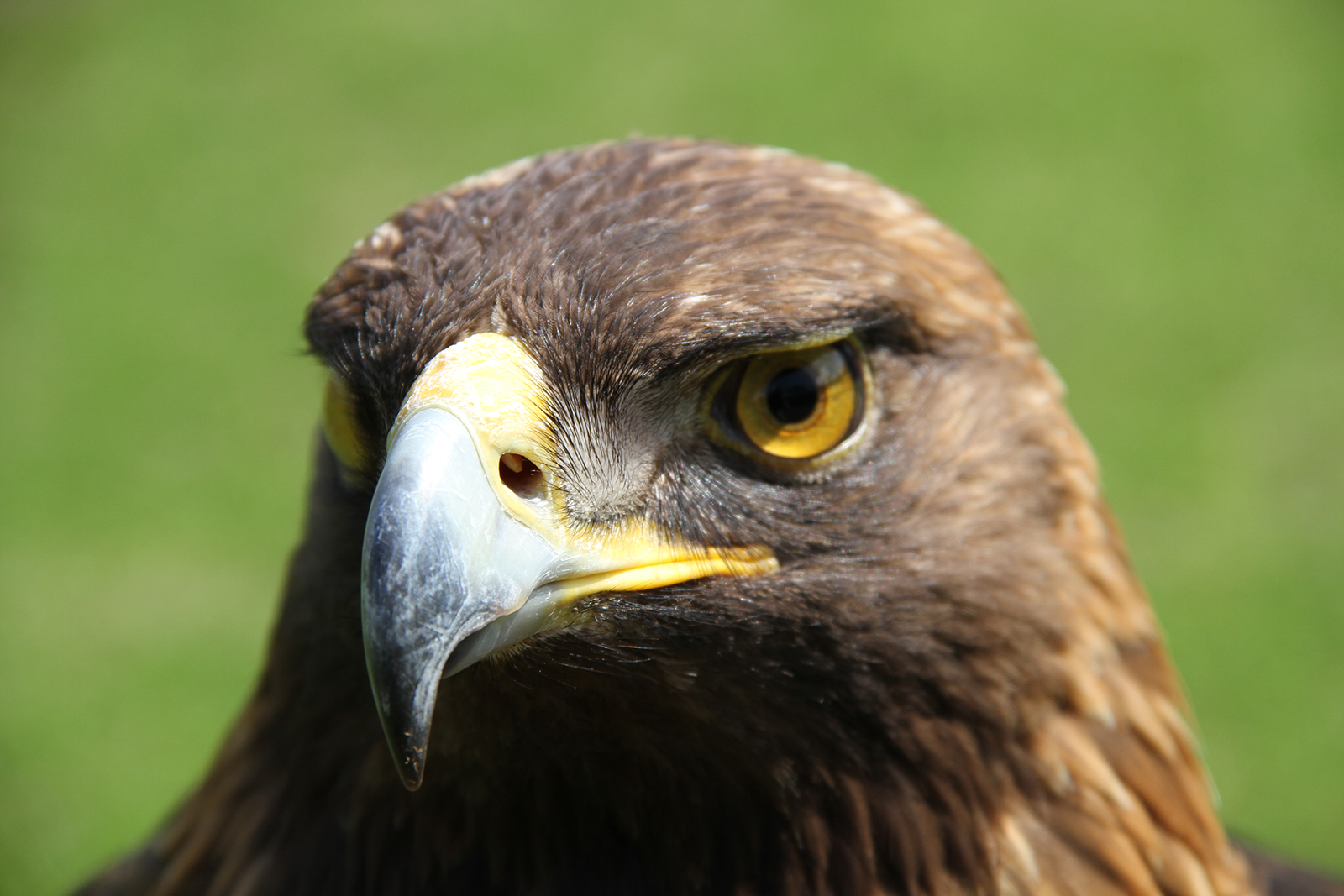 Following a routine checkup, it was determined Nova had an abnormal heart rhythm, and veterinary faculty, in consultation with the Cardiology Service in the Wilford and Kate Bailey Small Animal Teaching Hospital, performed a CT angiography on Nova.

A CT angiogram showed areas of significant constriction of his right brachiocephalic trunk, one of the large blood vessels near Nova’s heart, as the cause of cardiomyopathy and arrhythmia, an irregular or abnormal heartbeat.

Nova was started on a combination of medications to prevent his condition from worsening. He is being monitored by raptor center staff and will receive examinations by Cardiology Service veterinarians.

“These areas of constriction can increase the systolic pressure of the heart so that Nova’s heart has to pump harder to move blood around his body,” said Dr. Oster. “This type of problem could have multiple causes, the most common of which in birds is atherosclerosis.”

Atherosclerosis is the hardening and narrowing of the arteries.

“Vessels that are constricted, like those that are seen in Nova’s scan, can have dangerous complications when put under increased stress from exercise,” said Dr. Seung-Woo Jung, an assistant professor of cardiology in the Department of Clinical Sciences at the College of Veterinary Medicine. “This includes aneurysm or clot formation that could lead to vascular rupture, stroke, aortic thromboembolism or heart attack.”

Because of the risk of severe medical complications, veterinary medical staff decided that Nova should not be placed in situations that cause his heart to work harder than usual, including flying in the stadium before each game. Nova, who outwardly looks and acts no differently, will rest comfortably in his enclosure at the raptor center and attend educational functions.

About Nova
Nova was hatched in 1999 at the Montgomery Zoo and came to Auburn in 2000. Although not titled War Eagle VII until November 2006, Nova’s first pre-game flight was at the Kentucky game in 2004. Since then, he has made hundreds of appearances to promote wildlife conservation as a part of the education initiatives.

About Spirit
Spirit is the only bald eagle that has ever flown in Jordan-Hare Stadium. Her first game flight was in 2002, and she is recognizable by her bright white head and tail feathers. In 1995, Spirit was discovered as an injured fledgling in Florida. She came to Auburn in 1998 and joined the educational collection at the Southeastern Raptor Center. Her damaged beak makes her non-releasable.