One of Auburn University’s most popular fall programs is expanding to offer fans more opportunities to see a raptor show and flight demonstration — the Southeastern Raptor Center’s Football, Fans and Feathers will hold its educational program to Fridays before home and away football games.

Shows this year including when the Auburn Tigers play away from Jordan-Hare Stadium, said Marianne Hudson, assistant director of raptor training and education for the Southeastern Raptor Center. 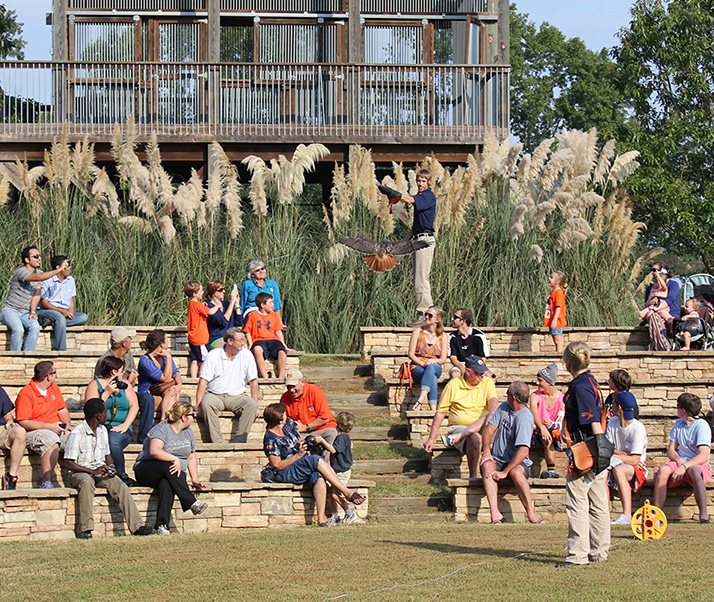 “We decided to add the away game Fridays to give the public even more options as to which day they’d like to visit the Southeastern Raptor Center,” Hudson said. “Whether the game is home or away, we know that people have Auburn football in mind on Fridays in the fall.

“We want to support our team and be a part of the excitement every weekend – not just home games.”

Tickets are $5 per person and the hour-long program begins at 4 p.m. at the center’s the 350-seat Edgar B. Carter Educational Amphitheater, located at 1350 Pratt-Carden Drive off Shug Jordan Parkway. Reservations are not required.

During the show, hawks, falcons, eagles and other birds of prey are free-flown from towers and around the amphitheater, enabling visitors to see these raptors flying close. The programs are delivered by Hudson and raptor specialist Andrew Hopkins, who are assisted by staff and volunteers of the Southeastern Raptor Center.

All birds used in the programs are permanent residents that are non-releasable due to prior injuries or human imprinting. The Southeastern Raptor Center is a division of the Auburn University College of Veterinary Medicine.

The center is closed to the public except for specific dates. For group private tours, or for more information about Football, Fans a 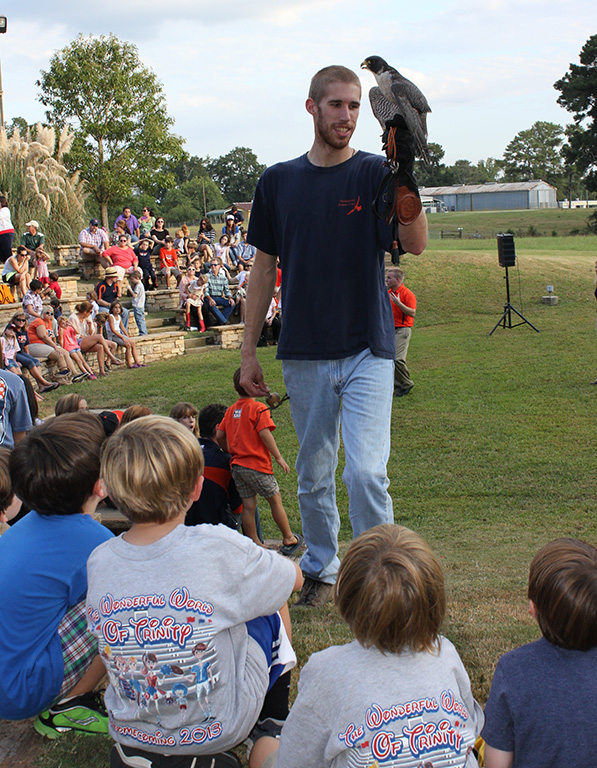 The mission of the Southeastern Raptor Center is rehabilitation of injured or orphaned raptors and to educate the public about birds of prey.