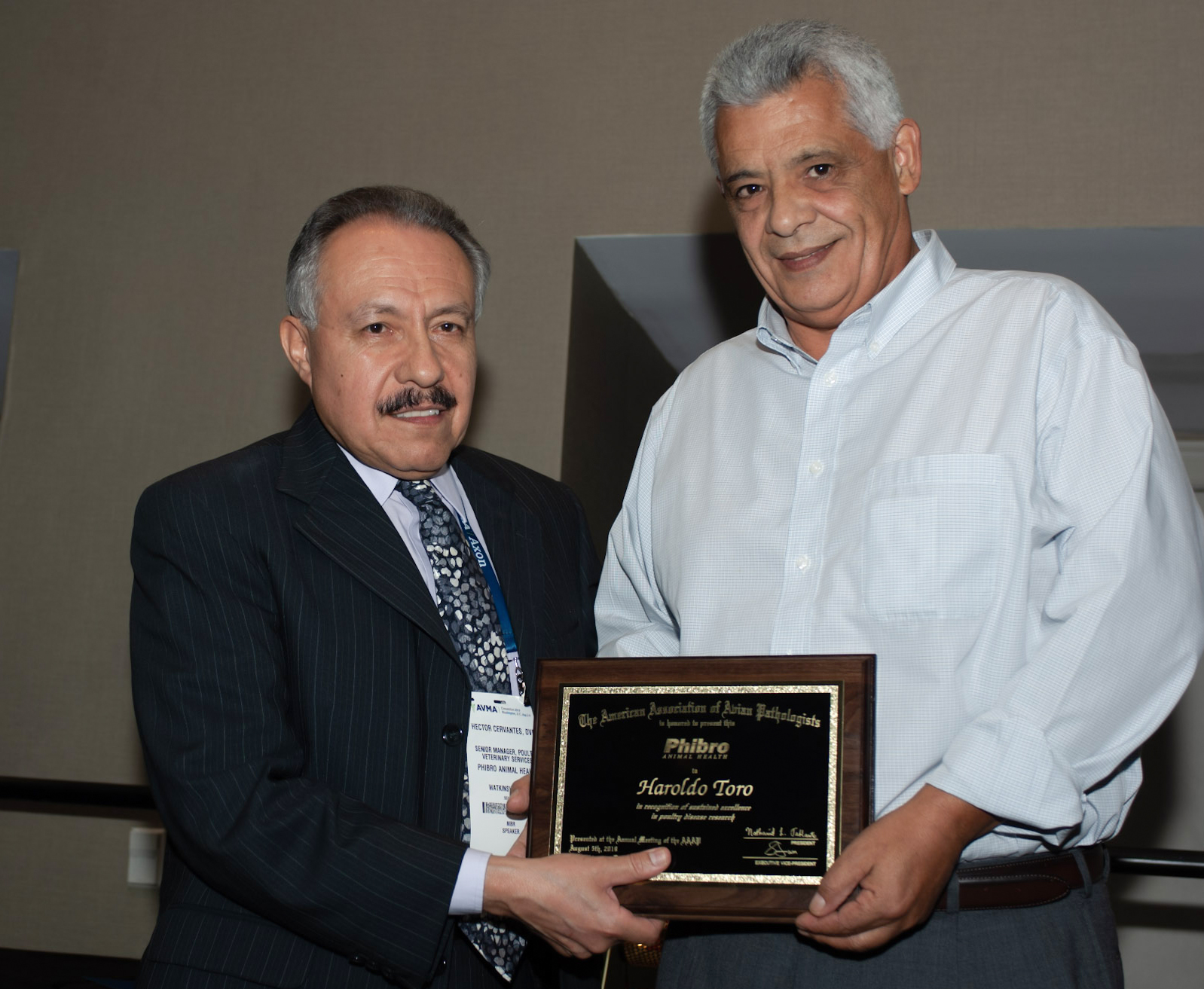 in independent poultry disease and health research over a period of 20 years or more. He received the award from Dr. Hector Cervantes, AAAP past-president and Phibro representative, at the 2019 annual meeting of the Association in Washington, D.C.

The AAAP is an international association whose mission is to promote scientific knowledge to enhance the health, well-being, and productivity of poultry to provide safe and abundant food for the world. The award is administered by the AAAP with the generous support of Phibro Animal Health.

After relocating to the U.S. in 2002, Dr. Toro established successful collaborations with Drs. Vicky van Santen and Frederic Hoerr at Auburn, as well as investigators at other institutions including Drs. David Suarez and Qingzhong Yu at the USDA’s Southeast Poultry Research Laboratory. Collaborative work with these and other scientists, as well as successful applications for funding from the U.S. Poultry & Egg Association, the USDA NIFA program, and the Alabama Experiment Station, allowed him to contribute towards expanding the knowledge on avian diseases affecting the U.S. poultry industry.

Dr. Toro is an active member of the Avian Diseases Editorial Board as well as the AAAP Liaison to the Auburn University Veterinary College. He has been the recipient of a number of other honors while serving on the Auburn veterinary faculty, including the Alumni Professorship Award from the Auburn Alumni Association in 2013, the L.G. Wolfe Award for Excellence in Graduate Education that same year, and the Pfizer Award for Research Excellence in 2007.