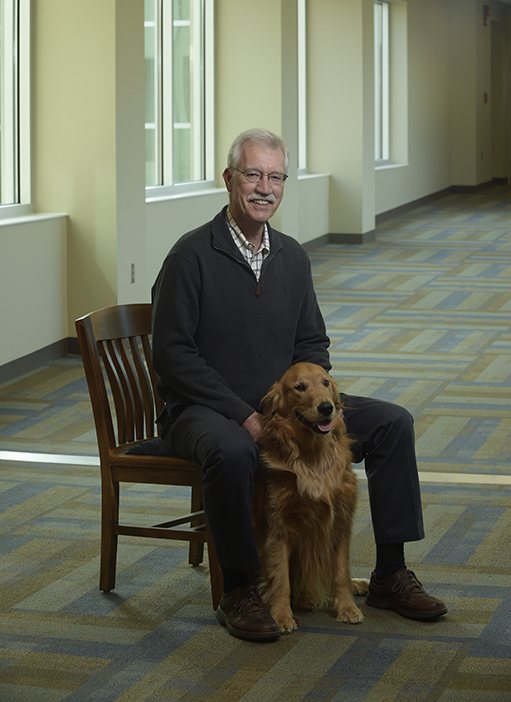 Professor of Veterinary Histology and Neuroscience
Head – Department of Anatomy, Physiology and Pharmacology

Edward E. Morrison, Professor of Veterinary Histology and Neuroscience, joined the Auburn University College of Veterinary Medicine in 1990 and became Head of the Department of Anatomy, Physiology and Pharmacology in 2003. Along with his teaching Dr. Morrison is extensively involved in research dealing with Neuroscience and Biosensory systems. Dr. Morrison received his B.S. degree from Massachusetts and his M.S. and Ph.D. degree from Kansas State University in 1980. He was a postdoctoral fellow with Dr. Pasquale Graziadei, Florida State University.

Movie clip from Explorer: Science of Dogs, National Geographic Television. Clip illustrates how the sense of Olfaction is perceive through a “dogs” point of view in a back yard setting.

Dr. Morrison’s teaching responsibilities include medical and graduate instruction of Histology and Neuroscience.