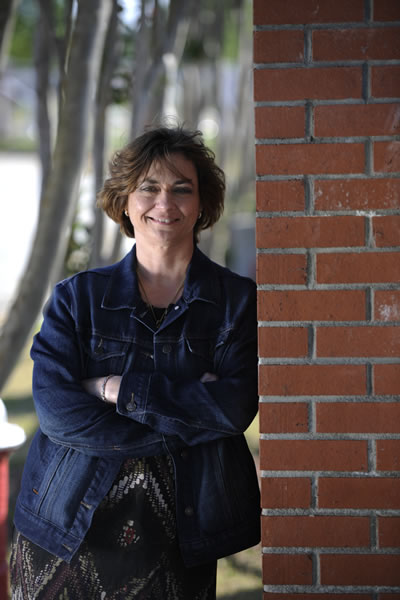 After her internship at the University of Illinois, she joined Auburn University’s residency program in 1995. She was certified in both Small Animal Internal Medicine and Oncology in May 2000. While pursuing her residency training, she completed a Master’s degree in Biomedical Sciences in 2001.

She has served on the Auburn University faculty since 1999. She currently coordinates Auburn University’s oncology program, which focuses on a multidisciplinary team approach to each patient and has approximately 3,000 pet visits each year.

Additionally, she has served on the advisory board for the Auburn University Research Initiative in Cancer (AURIC) since its formation. Continued clinical trials administration and translational research to provide novel treatments and diagnostics to patients is a focus of the service.

She is committed to training students and residents in oncology, with 13 board-certified or actively training alumni. She has been a guest editor for Veterinary Clinics of North America (Small Animal Practice), written or co-written 11 book chapters, authored or co-authored more than 36 peer-reviewed articles, and has lectured locally, regionally, nationally, and internationally on topics relating to oncology.