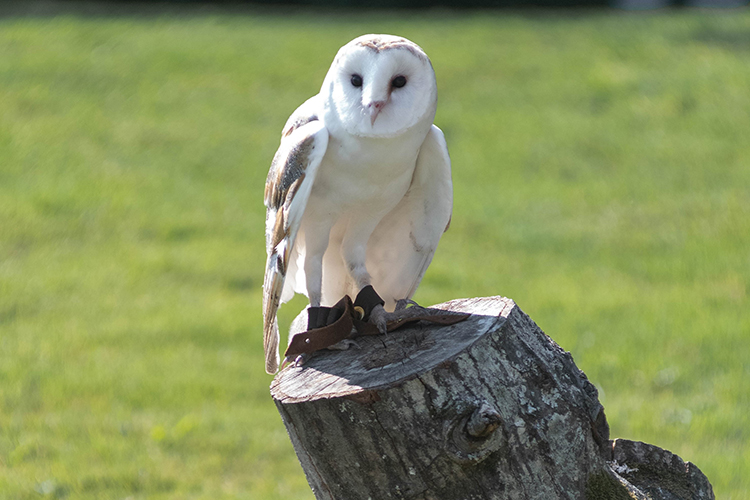 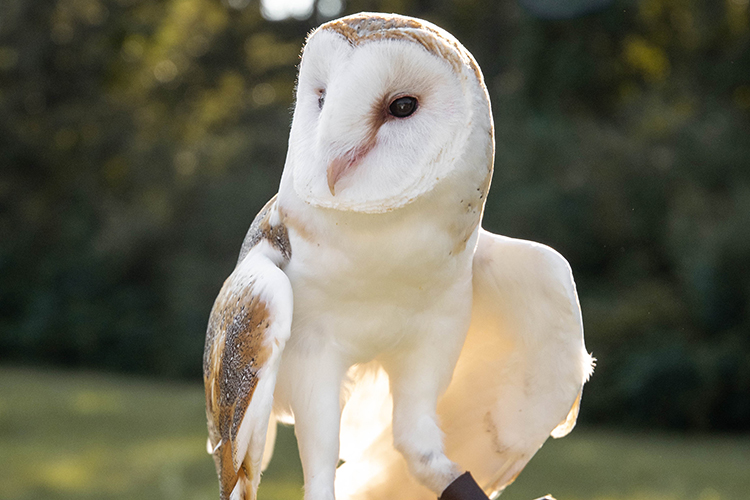 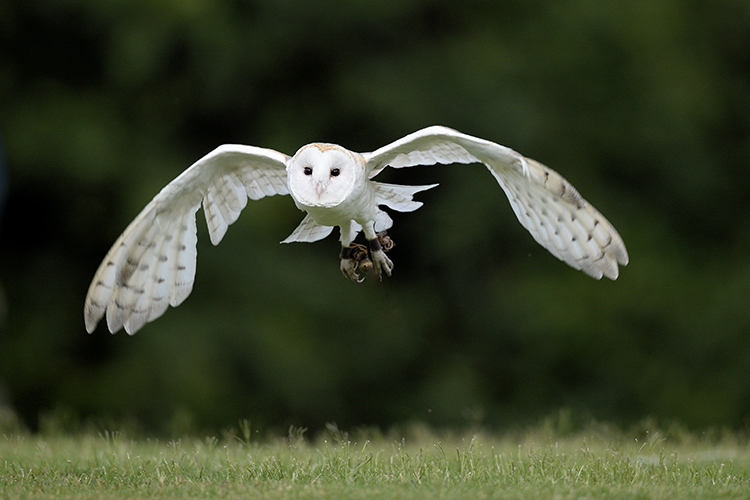 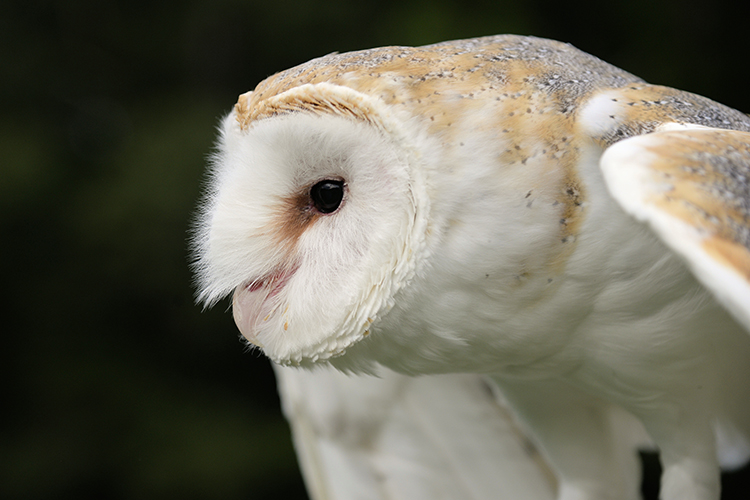 Chaplain came to the center in Fall of 2004. He was illegally raised by humans, making him a human imprint. As a human imprint, he is non-releasable because he has no fear of humans and associates them as a food source. Chaplain is often a crowd favorite, as he is trained to fly over crowds, which allows audiences to witness the silent flight ability of owls. During the day, he spends most of his time in a wooden nesting box in his enclosure. This is because Barn Owls are nocturnal and prefer to roost in man-made structures. Chaplain weighs about 420 grams and has a 43-inch wingspan.