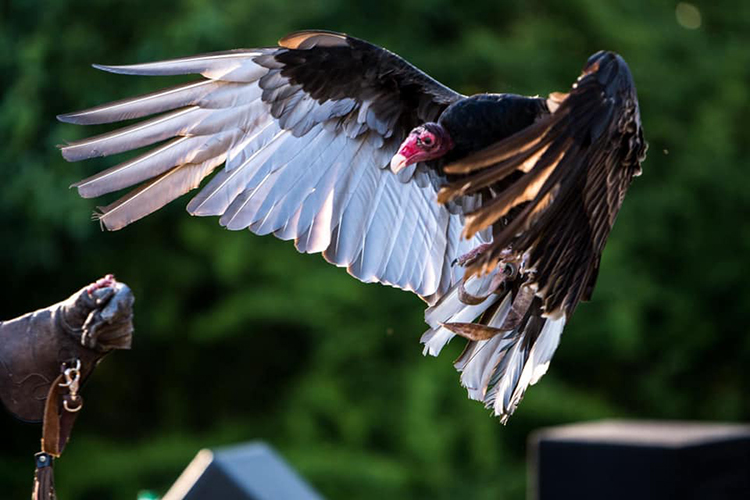 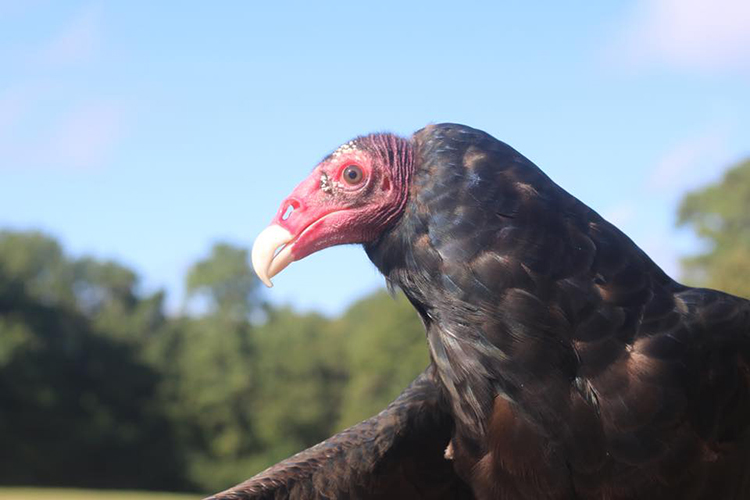 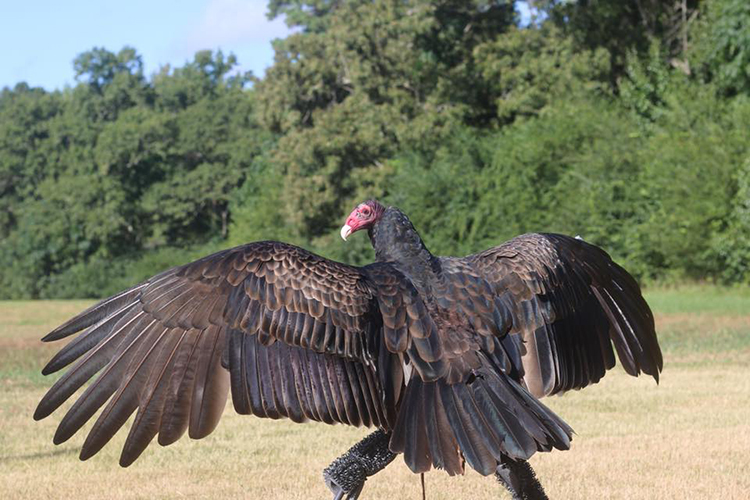 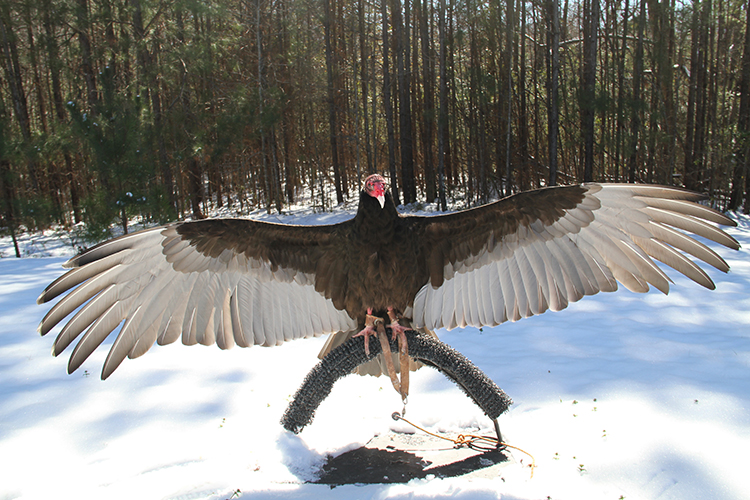 Kramer joined our ambassador team in November 2002. Kramer cannot be released into the wild because humans raised him instead of his parents, making him a human imprint. As a human imprint, he does not identify with other Turkey Vultures and shows no fear around people. Kramer is often given different enrichment activities, such as puzzle toys, which allow him to demonstrate the problem solving abilities that vultures have. As a Turkey Vulture, he also has an impressive sense of smell, which he uses during enrichment activities to find hidden treats. He does fly at some of our presentations and impresses audiences with his large wingspan. Kramer weighs around 1800 grams and has an almost 6 ft. wingspan.