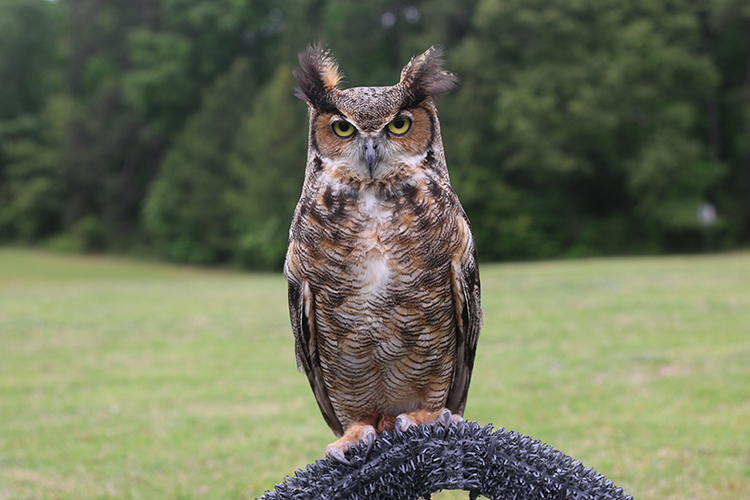 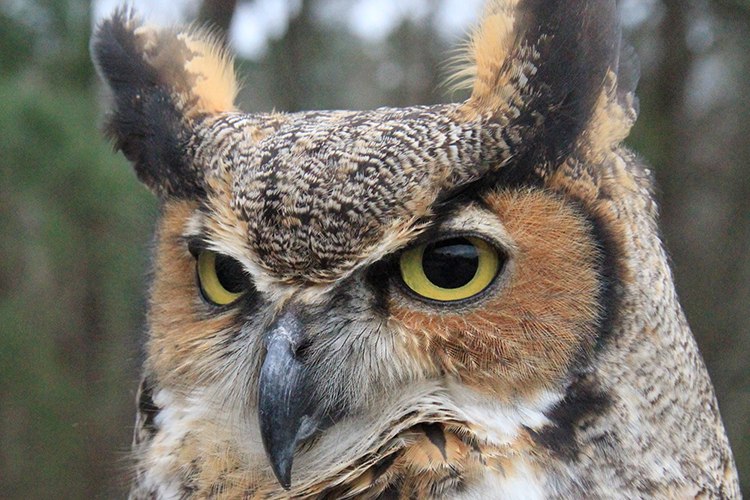 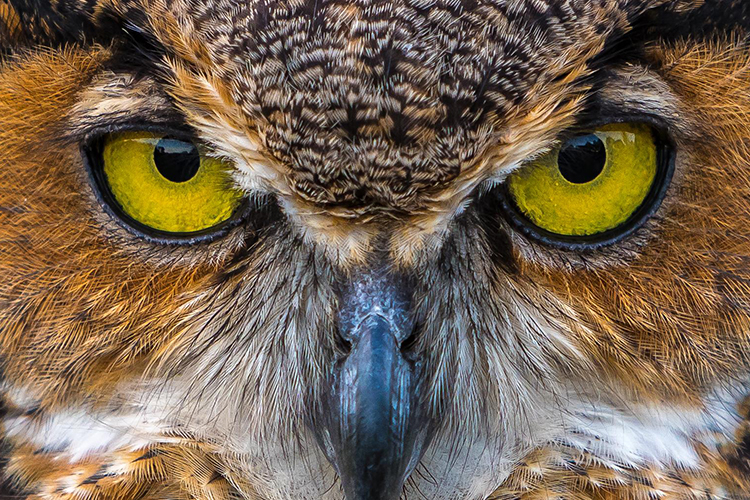 Ophelia became a member of our education team in 2003. She is non-releasable due to being a human imprint, which means humans raised her instead of her parents. Ophelia demonstrates this imprinting by soliciting food from humans and showing no fear when they approach. This lack of fear of humans, along with an inability to identify with others of her species, would cause her to have a low survival chance in the wild. Based on her larger size, we believed she was a female and this suspicion was confirmed by a DNA test. She is glove-trained and flies at some of our presentations. Great Horned Owls are known for their deep hooting call, which Ophelia often demonstrates, making her very popular with crowds! Ophelia weighs around 1400 grams and has about a 4.5 ft. wingspan.