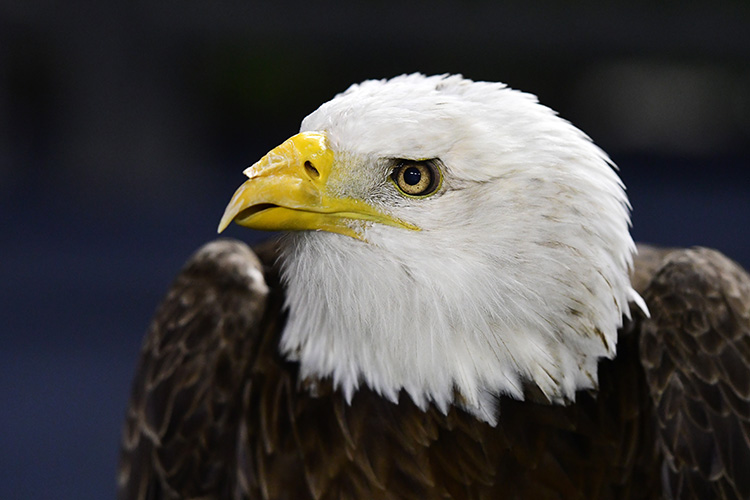 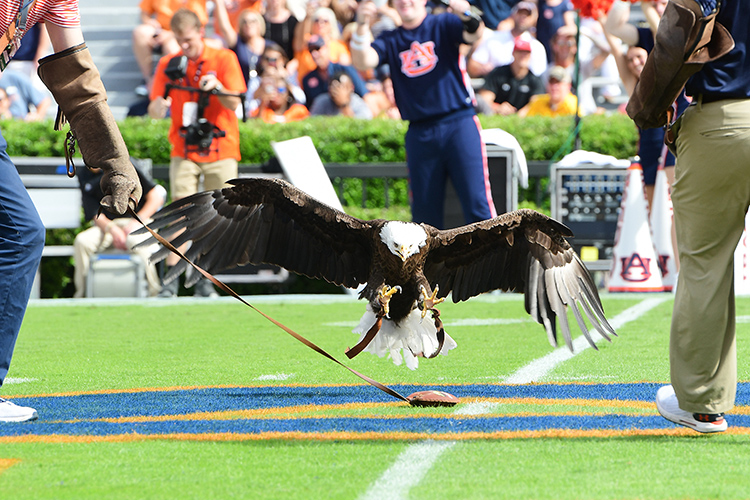 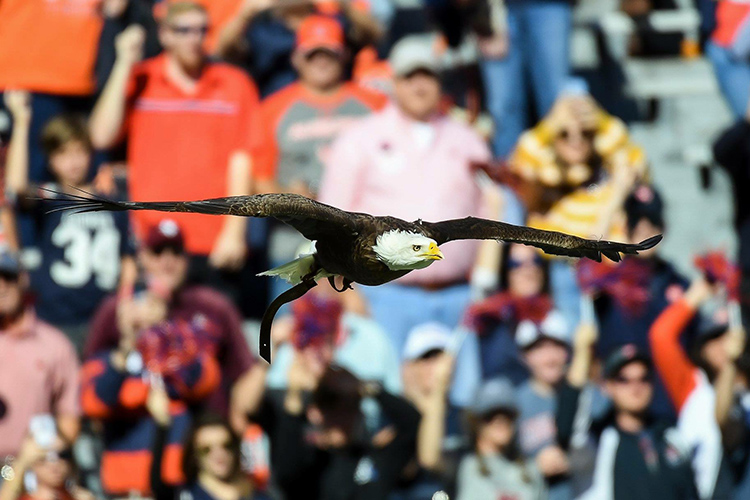 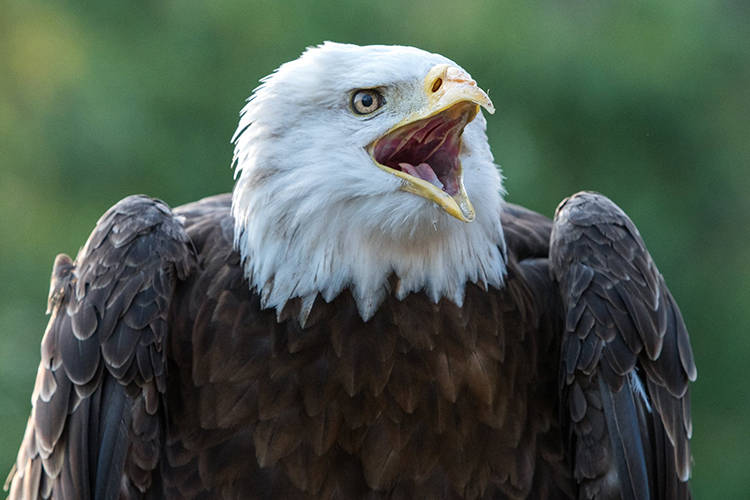 Spirit arrived at the center in August 1998 and now serves as one of our raptor ambassadors. Spirit was discovered as a fledgling in Florida in 1996 with an injured beak and wing. Her wing was fixed, but her damaged beak makes her non-releasable. Spirit is the only Bald Eagle to fly before a game at Jordan-Hare Stadium and she made her first pre-game flight September 28th, 2002. Since then, she has made several pre-game flights and is now known nationally. Spirit is very vocal and crowds usually hear her before she is presented. Spirit is smaller than average for a female Bald Eagle, weighing around 3100 grams (~7.5 lbs) with a wingspan of about 6 feet.