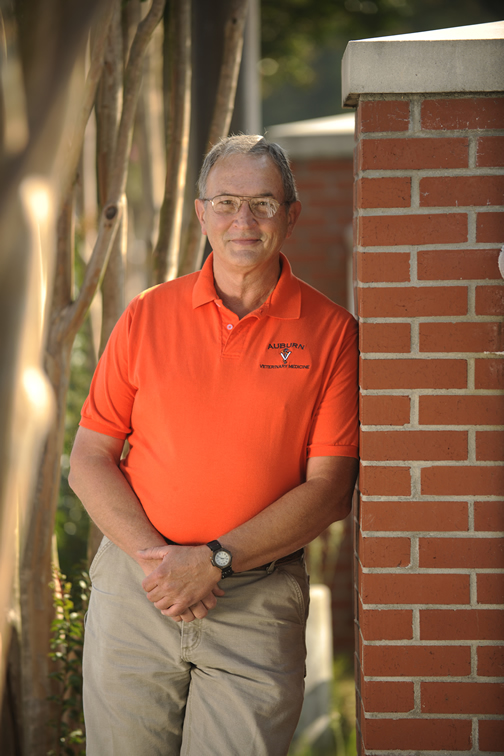 After earning a B.S. in Animal Sciences from the University of Tennessee in 1973, Dr. Wolfe entered Auburn University College of Veterinary Medicine where he received his D.V.M. in 1977.

He served three years in a five-veterinarian mixed practice in Tennessee before returning to Auburn where he finished a Master’s degree in Large Animal Surgery and Medicine in 1982 and a residency in Theriogenology in 1983. Dr. Wolfe joined the faculty as assistant professor in 1983 and is currently a professor in the Department of Clinical Sciences at Auburn University.

Dr. Wolfe was honored by the naming of the Wolfe Barn in the Large Animal Teaching Hospital in 2006.

Palomares RA, Wolfe DF. Factors that affect the Scrotal Circumference of the Bull and its Impact on the Herd Reproductive Performance. A Review. J Clinical Theriogenology 2011:3(2):115-127.